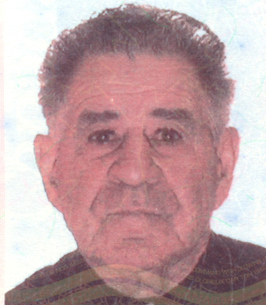 George aged 97, passed away peacefully on August 1, 2022 at Hogarth Riverview Manor. Born in Rode, Transylvania, Romania, December 23, 1925 to the parents of Sara and Johann Flicka. George and wife Barbara imigrated to Canada in 1952 with daughter Gertrude, settling in what is now known as Thunder Bay, Ontario. Together they raised 6 children. George worked as a lead hand for Can Car for many years until his retirement.
Predeceased by wife, Barbara (Sauer) Flicka, daughter Gertrude (Flicka) Miller and son George Martin Flicka.
He is survived by daughters Maria (Flicka) Thomas, Barbara (Flicka) Sobkowich, Brenda (Flicka) Whittaker and Christine Flicka. George was also the proud grandfather of 5 grandchildren and 4 great grandchildren and one great-great grandchild.
Services for the late George Flicka will be held at the Blake Funeral Chapel on May St. in Thunder Bay. Funeral services will be held on Tuesday August 9 at 11am at the same location. He will be laid to rest beside his wife and son at Mountainview Cemetery, on Broadway Avenue, Thunder Bay. Pastor Brian Falkenholt will be officiating.