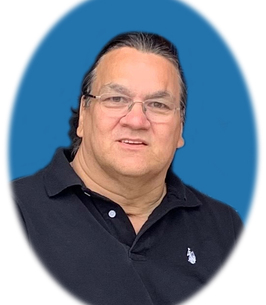 It is with a heavy heart the family announces the passing of Phillip John Pelletier. Phil was born and raised in Fort William First Nation on November 28, 1960 and went home to The Creator December 16, 2021.
After a courageous battle with cancer, Phil died at home with his family by his side. He leaves behind the mother of his children Evelyn, 3 daughters Audrey (David), Sarah (Josh), Kayla (Kenese), and 10 grandchildren; Brayden, Clayton, Terrance, Carter, Jaxxon, Keke, Jordan, Kaia, Ethan, and Kirin, his mother Isobel Legarde, brothers Darren (Lana), Rob (Patricia), Gary, and sister Terry, his mother in-law Catherine Collins whom he shared a special bond with and many nieces, nephews, and extended family and many close friends.
He is predeceased by his father Raymond Legarde, brothers John Legarde, Frank Pelletier, his loving grandparents Katherine and Frank Pelletier, and brother-in-law Leo Bannon.
Phil was a passionate family man who took pride in his daughters and grandchildren. His greatest accomplishment was his family. He is described by his family, friends, and colleagues as a man with a heart of gold, a true leader, warrior, advisor, he was always there to listen. He will be remembered for his quick wit humour, his smile that could light up a room, and dedication to his many passions.
Phil enjoyed the outdoors in nature, spending time at camp with his family, making special deliveries of MacDonalds or Persians to grandchildren, travelling, and watching his grandsons play hockey.
Phil worked for Fort William First Nation for many years up to his retirement in 2019, devoted 24 years serving his community as a council member, long standing board member of the Thunder Bay District Catholic School Board, and the Anishinabek Police Governing Board.
His family thanks all the hard work and dedication to his care from all the staff at Thunder Bay Regional Health Science Centre, TBRHSC Oncology team, and Dilico Home and Community Care program.
A sacred fire was lit at his home on Sunday, December 19, 2021, and will run for 4 days. Prayer services will be Tuesday, December 21, 2021 at 7pm and funeral services Wednesday, December 22, 2021 at 11am, both at St. Anne’s Church. Those wishing to attend either service are required to bring PROOF OF VACCINATION. Burial will be at the Immaculate Conception Cemetery on Fort William First Nation.