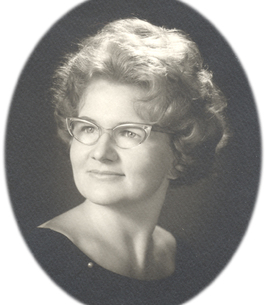 "I've had a wonderful life and a good slice of the pie, sharing it with the love of my life...my Patrick. We pulled together all the ingredients of a lifelong dream, that came to include our four children, ten grandchildren and seventeen precious great grandchildren (the proverbial whipped cream on top). My 70-year sewing career led to new friendships and the pleasure that creativity brings.
Our travels took us abroad where my beautiful Slovakia relatives offered the spices to complete my special pie. Yes, life has been good to me. No regrets, just a lovely sense that all things fell into place exactly where they should” -Love, Rosemary
A note from Rosemary's family: Our mother was born Rosemary Hluchy, on August 14th, 1930, the first child of Julianna and Alexander Hluchy. She attended Ogden school and Selkirk high school, where her teacher serendipitously recommended that she take a job at Chapples store. She worked part-time as a seamstress in the menswear department, and eventually moved to the drapery department. Here, she met our dad, Patrick Kelly. His job making blinds inevitably lead him to her, and their romance began. They married in 1950 and raised four children, all the while our mother continued sewing curtains, meeting people, and fostering important lifelong friendships. Our parents stayed in their home until their early 90's, passionate that they live amongst the things that brought them joy. They celebrated their anniversary each year with cherry brandy, the music they loved, and the memories of years past.
Rosemary was cared for by the kind staff at St. Joseph's Hospice and passed away peacefully October 12th, 2022. She was pre-deceased by her father Alexander, and mother Julianna Hluchy. Surviving is her loving husband of 71 years, Patrick James and her sister, Violet and brother-in-law Walter (Joseph and Joselyn), as well as her family, (who affectionately called her Marka): Rosemary and Bruce Stover, Patrick and Sharon Kelly, Jerry and Sharon Kelly and Elizabeth and Pat Haner; grandchildren Robert Stover (Amanda), Colin Stover (Hemey), Kelly Stover (Josh), Mike Kelly (Katrina), Caitlind Geddes (Ryan), Jennifer Kelly (Trevor), Jerry Kelly (Maura), Whitney Kelly (Stephanie), Andrea Haner (Amy), Tom Haner (Isabel). Great grandchildren, James, Grace, London, Lincoln, Evelyn, Shandor, Preston, Roger, Alice, William, Landon, Malcolm, Naomi, Simon, Daxton, Logan and Camden.
Funeral services will be held on Thursday October 20th when family and friends gather for the Funeral Mass at St. Peter's Church at 1:00, celebrated by Rev. Marco Ladao. Interment will follow at Mountain View Cemetery.
In lieu of flowers, donations to the Canadian Cancer Society would be greatly appreciated.