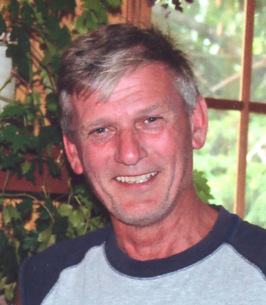 Knowing he was much-loved, Rudolf (Rudy) passed away peacefully at home on February 16 at the age of 66. He was born on August 31, 1955 and grew up on a dairy farm in South Neebing with his parents and 4 siblings. It was there he developed his strong work ethic, determination and valuable skills that carried him through his life. He was very proud to say that when he was 17, he was able to purchase a new truck with cash that he earned while working part-time construction.
Forever a country boy, he was thrilled to begin building the family home in Neebing with his wife, Mary-Lou in 1977. It was a labour of love and he completed most of the house himself, working long days. Soon, it was filled with 4 children, love, and fun times.
In 1982, he decided to start his own business, Wagenaar Drywall. He worked tirelessly until his retirement in 2020. He was well-respected and sought after for his workmanship and dedication to his trade; there wasn’t an area in the region that he hadn’t worked. While out, he would often point out the jobs he completed and was proud to say, ‘I did the drywall there’. It was strenuous work, but he loved his job.
As busy as he was, family was priority and time was always made for numerous family vacations. He was a minor hockey coach, a volunteer fireman, and even built a swimming pool in the backyard so that it could be enjoyed by all. And if you have ever visited their house, you would have seen Rudy’s love of wood. He was very talented and spent many hours in his workshop making beautiful pieces for the home.
He loved travelling to Nanaimo, Winnipeg and Kenora to visit family and would spend time exploring the areas, especially the giant trees in BC, ‘big city’ fun (visiting Costco), and fun on the Lake of the Woods. He cherished it all. There were many snowmobiling adventures with family and friends, and he enjoyed watching hockey and attended games in Winnipeg to cheer on his teams. As much as he liked winter activities, he and Mary-Lou looked forward to visiting the Caribbean every winter, particularly Jamaica, where many memorable trips and lasting friendships were made.
He embraced his role as Grandpa with love and enthusiasm, although changing diapers was a firm no. From bike riding to giving rides on the tractor, quad and snowmobile, Grandpa loved taking his grandchildren on adventures. He enjoyed watching their activities and would try to attend as many as possible so that he could cheer them on. Most of all he loved watching them spend time in the family pool, or as it became known as the ‘Wagenaar Resort’.
With the loving support of his family, neighbours, and friends, he was determined to remain independent after he was diagnosed with ALS in 2020. He carried on and lived life despite the challenges the disease presented. And lived life he did, with an epic road trip to Nanaimo, including an amazing helicopter adventure of the Comox Glacier on Vancouver Island last fall.
We are forever grateful to Dr. Chum and Barb Miller RN (Hamilton), Dr. Doirion, Dr. Turner, the George Jeffery Centre, Home and Community Care Support Services Northwest, and to Lindsey, Amber, and Andrea for your support. Thank you for listening to him and respecting his decisions. The family visits, texts, emails, cards, and phone calls to Rudy during that time brought him much joy and were very much appreciated.
To his ‘Bro’ Luke, we can’t thank you enough for everything you have done, and to Dan and Carol for your support and being there.
Left to mourn his passing are his loving wife, Mary-Lou, children Patricia (Kaz), Jason (Melissa) in Winnipeg, Lisa (Justin) in Kenora, and Erin (Mike) in Nanaimo. Much loved grandchildren Nolan and Liam, Haylee and Chase, and Emerson. Brothers Fred (Marilyn) and Luke, sister Jane (Nick) in Welland, and sister-in-law Florence in Redcliff AB. Brother-in-laws Dan (Carol) and Dave (Carol) in Peterborough. Nieces, nephews, cousins, and friends throughout Canada and the United States. Predeceased by his parents Jan and Patricia Wagenaar, and brother John Wagenaar of Redcliff AB.
In keeping with Rudy’s wishes, cremation has taken place. If so desired, donations in Rudy’s memory can be made to the ALS Society of Canada or the George Jeffery Children’s Centre. A private gathering will be held for family and friends at a later date.
We are heartbroken he is gone but comforted knowing he is at peace. He will remain forever in our hearts and memories.